When I’m talking about StatGeek, I often get asked about where the idea for the company came from. After answering it a few hundred times, I figured out that this was something just about everyone was interested in, so here is a brief history behind the origin of StatGeek.

I began coaching at the Division III collegiate level. My second stop was at Colby College in Maine and on nights when the men were playing and the women’s team was not, I would sit next to our Sports Information Director and call out the stats so he could input them into his laptop. Even at that level with expensive software, the job was too much for one person.

When I returned to Texas, I got a job as the JV coach and varsity assistant at a local high school. It was fun not worrying about recruiting and spending more time just teaching basketball. The one thing that bothered me was the fact that there were no statistics available outside of points and fouls in the scorebook. I had three managers who were there so they wouldn’t have to take PE and actually knew very little about basketball. I once asked them to just keep track of offensive rebounds for the first half and they told me one player had around 18. I wasn’t counting but the game I was watching did not include 18 offensive rebounds total let alone by one player.

In my second year there, the father of one of my freshman on JV showed me a few of the apps he had on his phone so he could track rebounds and other stats for his daughter. All I saw on the screen was buttons, a button for every possible stat and it made sense to me because when I was a manager in high school, I had a box for every possible stat and just had to make a tick mark whenever I saw a player do something.

Later that night, I just started thinking about all those buttons and how crowded the screen looked. Surely there had to be a better way given how small the screen was (mind you this was a year or so before the iPad was created). I started tinkering with ideas and began sketching out what would become StatGeek. 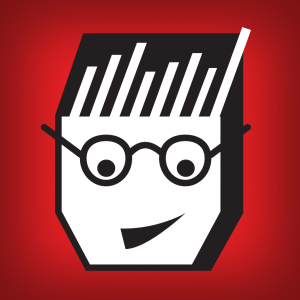 StatGeek derives statistics based on the possibilities that occur in every movement of the basketball during a game. The big difference is the app does more of the work for you so you no longer are relying on an individual’s memory, which may or may not be accurate depending on the speed of the action.

Now one person really could track every stat in a box score. And that person doesn’t have to be a basketball expert. I gave one of the first versions to a freshman manager last year and trained her during warm ups. Just like that, she was an expert scorekeeper even if she didn’t realize it.

The advantage to the teams is you can get accurate statistics whether you have a manager present or just a parent in the stands. Stats you can e-mail to anyone, or post to MaxPreps.

We’re making improvements to this app all the time and we want to hear from YOU. Let us know what we need to improve or features that you would like to see. As a former coach, I want StatGeek to be a tool that is as helpful to the smallest school in the country as it is to the University of Texas, and the only way to assure that happens is for you to make your voice heard. And throughout the season, tell us your StatGeek story, how has it helped you? We’ll publish the best ones in future newsletters.

Thanks for using StatGeek and as always, keep your eye on the ball!