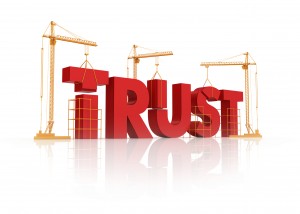 Don’t we casually ask for trust all the time, simply saying ‘trust me’ in reply to an odd look from someone? If it’s your spouse or a family member, sometimes that’s enough, but why?

My daughter is almost two months old. It’s our first child. So, when I’ve got a child-rearing theory, what is it that makes my wife say ‘ok’? It’s largely based on past experiences outside of child rearing where both of us have more knowledge and experience. There’s clearly a connection between trust and time, but how do you get that done with your team if you have a slew of new players or are taking over a new program?

When I was coaching in college, I had the opportunity to speak to a former women’s basketball player at Washington University in St Louis. The program has won five NCAA Division III National Championships under coach Nancy Fahey, and I asked this player what coach Fahey does that works so well. As you might imagine there was a litany of things, but one of the first ones was that she simply respects our time. The player went on to say if Coach kept us ten minutes long one day, we would get out ten minutes early the next. I thought that was amazing. Not the practice itself, but rather of all the things I expected to hear about Coach Fahey, this is what stood out. 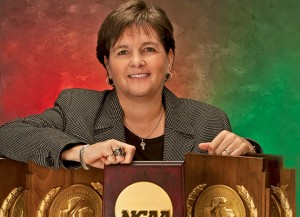 Fast-forward a few years later when I was volunteering at a local high school coaching their junior varsity team. I was vigilant about time. I posted the practice plan with the time dedicated to each drill, then once time was up, we moved on. I was amazed at how the effort level of kids increased because they knew this wasn’t an interminable exercise, but rather something with an end in sight and they slowly began to trust the timeline. The only thing that disrupted the plan was when I had to discipline the team for not reaching a goal or for being late to practice. It was this latter point that would lead to a great moment for our team.

One day, I ran into traffic on my way to a game, and I showed up 15 minutes after the team. They started giving me a hard time saying I had to run at our next practice, just like they did, one run for every minute I was late. Now any of you who know me, I haven’t done a lot of running lately. Instead, I apologized to the team after the game and told them since I took 15 minutes of their time, they would get it back. I let them pick one day that week and we would end practice 15 minutes early. The girls were thrilled and our practices actually got better after that because now the team trusted I was a coach who did exactly what I said.

The added benefit for me was the following year when the trust curve was shortened because the kids who were on the team again had a story they could tell the new players. Trust is clearly a function of time, but you don’t always have to take a long time to get there.