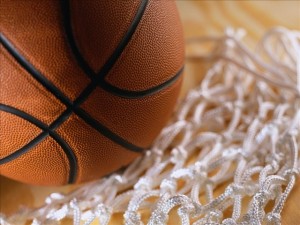 As both high schools and colleges start to convene for the 2013-2014 season, it’s time for coaches to start going through their own back to school checklist. I’m going beyond simple supplies here. Most coaches know where they are getting any new gear from and how many basketballs are needed, but before things start to get crazy, I think it’s important that coaches step back and look at these three things:

1. What are we going to be good at? – So many young coaches I speak to answer this question with a litany of things as large as defense and shooting to more esoteric things like hustle and toughness. I would challenge you to get specific about what you want your team to be known for and then think about drills that will make your better in those areas. For instance, want to be a team that takes care of the ball? Find out what that magic number was from last year (i.e. the turnover number that often made the difference between a win and a loss). You will turn the ball over at some point, so create a workable number instead of setting a goal like zero turnovers that your team will never achieve. Once you find that number, you better have some ball handling drills and passing drills ready to go that will challenge your players. Here’s the neat part, this immediately forces you to get a little better in another area because if you don’t play a lot of pressure defense in practice, your team won’t take care of the ball against pressure defense. So this goal has a byproduct of making you more aggressive defensively simply because of the way you must practice to help you cut down on turnovers. 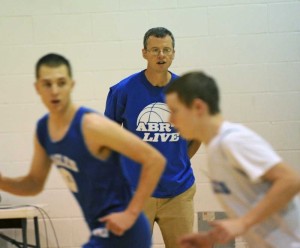 2. How am I going to discipline my team? – The first day of practice is great, huh? You want to see who’s gotten better and really stayed in shape so you make them run for anything (an untucked jersey, talking while the coach is talking, balls not in the ball rack, etc …). Many coaches have done that in the past, but here’s the tough part: what happens when those things occur on day 5? Now you are trying to put your offense in but some kids still haven’t learned. Sometimes we as coaches start to overlook those things that were important to us on day one because you just HAVE to get your new play put in before that scrimmage. You said there would be a run for every missed shot, but dangit they missed 27 and that’s going to take half of practice to get done. But ask yourself what’s more important? I believe if you consistently discipline your team from day one, your practices will only become more efficient as the season goes on. Also, what is the penalty? And is THAT consistent? How many times have you heard a player say “That’s not fair!” Kids have a heightened sense of awareness when it comes to fairness. So, if you have the same penalties for the same things over and over again, your players can’t complain that something is not fair, only that one of their teammates is making that same mistake and that sort of thing is what leads to correction more often than not. As one of my returning players told the new kids one season, “Just do everything he says perfectly, and we never have to run.”

3. What can I do differently this year? – I’m as guilty of this as anyone, I run the same drills over and over again but no team I have ever coached was exactly the same as the year before. So, after a few days, I would be ready with a few drills that might better accommodate the group that I have. It’s ok to run the same offense each year but some of your skill drills should be adjusted. It makes you a better coach because you are forced to teach something new. It also makes it interesting for the players because they realize that this season is different from the year before because no matter how many returners you have, your season is going to be different than last year. So, once you have figured out #1 and #2, call around to coaches you know to learn something new that you can implement this season. Change is difficult but it’s often the only way to get better.