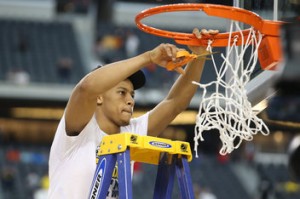 Every year, each and every team experiences some level of turnover in personnel whether it is from players graduating or leaving a team in some other manner. As coaches, we have to figure out how are we going to replace what those players brought to the table whether you are coming off a season where you struggled to get to .500 or a season when you brought home a title.

Sometimes you’re losing a group of players who did not play that many minutes so there is minimal loss to your rotation. This allows you to focus on things like cultivating leadership and developing cohesiveness toward what should be a great season. Unfortunately, there are typically substantial voids in scoring, rebounding, assists, etc. Those players you have counted on for years are out the door, so how can we project what our roster could look like for the following season?

This is yet another area where having reliable and exhaustive stats for your freshman and JV teams become invaluable, particularly seldom tracked categories like minutes played. Using this, you can look at per minute averages to compare what your bench guys achieved last year and what you may have coming up to your team the following year.

For instance, if Player A came off your bench last year and averaged six rebounds per game in 12 minutes of action, that’s 0.5 rebounds per minute. So, upping their average minutes to 18 minutes a game will potentially yield 9 rebounds per game. That would help pick up the slack of a few of those rebounds that just went out the door.

Conversely, if you look at a player from your freshman team that averaged 12 rebounds per game but played the entire game (32 minutes), that’s only 0.375 rebounds per minute. So, reducing their minutes to 12 minutes on the varsity would only translate to 4.5 rebounds per game. This player could be very valuable coming off the bench, but it’s important to recognize what you can potential get from the player to avoid frustration on the part of the coaches, player and even parents. Such frustration is often borne from missed expectations from one party or another. 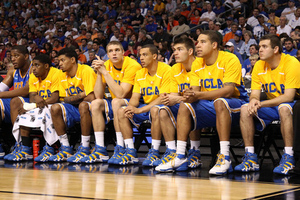 Another thing you will gain from looking at per minute statistics is the amount of improvement year-to-year for players in your program. Let’s go back to the freshman in the last paragraph who averaged just 0.375 rebounds per minute while playing the whole game. If she can improve that to just 0.4 rebounds per minute by her junior season when she’s playing 20 minutes a game, that’s 8 rebounds per game, a number total that would be valuable to any team.

So, when you are looking towards next season, per minute averages can offer greater insight into your strengths and weaknesses, and it can also help get you focused on what practice #1 should look like on your road to a winning season.