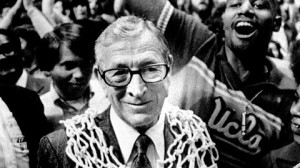 With the start of practice upon us, I thought it would be a good time to discuss goals. There are a number of different approaches to achieving great things, but I’m going to focus on just a few.

Let’s start with the great John Wooden who said “Failing to prepare is preparing to fail.” Whatever you set as your goals for a season, a practice or an individual, are you actually preparing to achieve that goal? Preparation could be mental preparation before a game, making sure there are enough basketballs for all of your drills in practice or even having directions ready for the bus driver just in case. All of these things can eliminate potential speed bumps on your way to success. So, as you set goals now, think about what you can do in October to achieve them.

A more unconventional approach to goal setting comes from the world of professional wrestling. WrestleMania is the Super Bowl of wrestling events. Vince McMahon, the head of WWE, has said he sets his main event for WrestleMania a year in advance. 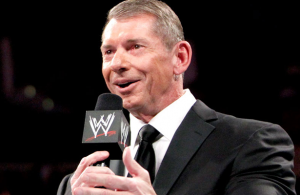 He then works backward to find his starting point. This also illuminates potential problems along the way. If your goal is to make the playoffs this season, work backwards to see what will be needed to get there. For instance, if depth was an issue last season, a starting point may be playing your starters less in non-district games in order to give younger players the confidence and experience they will need later in the season in key district games. That could lead to some early losses, but by keeping your larger goal in mind, it can help push you through the tough times.

My favorite approach to goals comes from Coach Krzyzewski. He says his goal every year is for his team to be playing their best basketball at the end of the season. Some years, Coack K knows that would mean a Final Four appearance, but if that was the goal and they got to the final four, then what? Kind of hard to tell a team they need to set a new goal at that point because it’s pretty tough to get to that point. His goal forces players to measure their performance against themselves, allowing them to achieve more than they maybe would have otherwise.

However you approach it, the important takeaway is to make sure to set some goals for yourself and your team before the season starts.