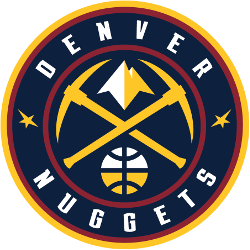 The Denver Nuggets shocked the world last night, beating the Los Angeles Clippers 104-89 to advance to the Western Conference Finals. They become the first team in NBA history to overcome two 3-1 deficits in the same postseason. They move on to face the top-seeded Los Angeles Lakers.

The Clippers led each of the last three games by 12, 16 and 2, respectively, at the half. While Michael Porter Jr and Gary Harris made some plays for Denver, the Nuggets heavily relied on their superstar duo of Nikola Jokic and Jamal Murray. While Jokic has been an all-star, many, including me, had doubts about how good Jamal Murray was. Murray has taken up the mantle from Bubble MVP Damian Lilliard and has been unstoppable in the playoffs thus far.

As good as Kawhi Leonard is, he fell short last night, shooting just 6-22 from the field. And with as many big shots that Marcus Morris, Landry Shamet and Lou Williams hit all season and in the first round against Dallas, they couldn’t get going in any of the games to stop the big Nuggets second half runs. Shamet hardly played last night while Morris and Williams combined to go 5-20.

Meanwhile, Paul George continued to struggle in the bubble. He talked about in the Dallas series how he has been affected by the whole bubble environment. Those struggles certainly translated to the court as he wasn’t often up and down and last night he finished 4-16 with 5 turnovers in 38 minutes of action. The Clippers traded a lot for Paul George last summer and they expected he and Leonard to show up the way Jamal Murray and Nikola Jokic did for the Nuggets.

The Nuggets and Lakers played four times this season with the Lakers winning three out of four. Denver was not uncompetitive in those games and at this point, do you really want to count them out? Of course you do, the Lakers should win this series. They could easily jump out to a 3-1 lead but then…..

The Clippers surprised everyone last summer with their big moves to acquire Leonard and George. Leonard and George surprised the Clippers by signing contracts that give them an opt out in the summer of 2021. Montrezl Harrell and Marcus Morris are both free agents. Harrell was bad against the Nuggets but great all season long. He’ll command a big number in free agency and without him, the Clippers will only have their mid-level exception to go out and find an effective replacement. Morris was just making $15M, I can’t imagine he would command that type of number in free agency so they should be able to retain him on the cheap. Beyond that, the Clippers don’t have much wiggle room, barring some creative and lopsided trade. So, they’re likely to just run it back knowing if they don’t win a title in 2021, they could plummet to the bottom of the league without their two superstars at the beginning of 2021-22.

So many teams have left the bubble with a bright future ahead and feeling good about what happened here. The Clippers expected to leave with the Larry O’Brien trophy but are now left with enormous pressure for next season after a season where they proved they don’t play well under pressure.