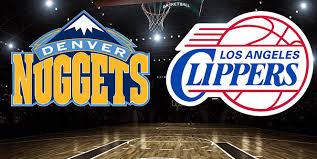 Early in the third quarter yesterday, it looked like we were finally headed towards the LA vs LA Western Conference Finals that we thought we would have last summer after both teams made major moves. But then the Nuggets came alive led, as always, by Nikola Jokic and Jamal Murray.

From the point when the Clippers went up by 19, Denver outscored LA 62-30 over the last 22 minutes of the game. Jokic and Murray alone scored 30 during the run.

The Nuggets are 5-0 in elimination games so far this postseason and there’s no reason to think they don’t have a chance in game seven. While the perimeter defense of the Clippers has made life difficult on Jamal Murray, they have had no answer for Nikola Jokic.

I would expect Jokic to touch the ball as much as humanly possible in game seven. If he can get Ivica Zubac in foul trouble early, then his size advantage only increases against Montrezl Harrell. As good as Harrell has been this season, he’s been bad against the Nuggets.

The Clippers still have Kawhi Leonard and he won game seven of last year’s Eastern Conference Semifinals against the Philadelphia 76ers with the memorable four-bounce buzzer beater. I would imagine he’ll try to make sure Jamal Murray stays in check while creating good shots for himself and others on the offensive end.

In the end, I think it’s going to be one of the role players on either team that tilts the scales. Michael Porter Jr has struggled at times in this series but is figuring things out and hit a massive three at the end of Game 5. Meanwhile, Marcus Morris Jr has hit a number of key threes for the Clippers through their whole postseason run thus far and he’ll need to hit a few more to get them to the Conference Finals.

Either way, LeBron James is undoubtedly enjoying the extra rest afforded him by this series going to seven games. Go ahead and bet on the Lakers for a game 1 victory next round after this battle.

Wanna learn more about basketball stats?  Sign up for our online course, right now it’s 80% off our regular price, just $19!