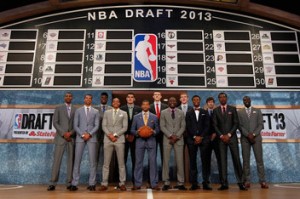 The NBA draft took place in late June and free agency quickly began afterward. College coaches from across the country are embarking on a month long journey searching for players to fill available roster spots. If you’ve coached long enough, you usually have a pretty good idea of what you need to make your team better.

Sometimes it’s something intangible like leadership, which is difficult to acquire, so your focus is on the current roster and whether or not a leader can emerge.

Today we’re going to focus on how looking at statistics can help guide your decision-making as to what is needed to make your team better.

For instance, let’s say this past season you got out rebounded by an average of five rebounds per game. In games when you won the rebounding battle, you won easily but most of the time you were on the losing end and often it was not close.

At first glance, the thought is ‘well, we need bigger players’ but what if you already have some size? Sometimes coaches fall into the trap of saying ‘we need to be more aggressive’. Now it’s great to have aggressive players, and it clearly helps in the course of a game, but how do we do that? Is there a skill we can develop that will translate to a more aggressive style? 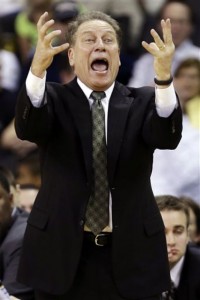 Tom Izzo at Michigan State famously puts football uniforms on his guys and lets them battle for the basketball. But let’s face it, sometimes your biggest players just don’t have that fight in them, no matter what drills you run. That means it’s time to look deeper…

If most of your shots were three-pointers and you shot 32% from behind the arc, that means there were a lot of long rebounds that negated your size advantage and probably led to a number of easy transition opportunities for your opponents. So, changing your shot selection not only boosts your rebounding numbers but also could improve your defense by allowing you to get back in position before that long rebound turns into a fast break opportunity.

Now what if your assist numbers needed improvement, does it just come down to ‘we need a better point guard’? Sometimes the answer is that simple, but anyone who has ever coached knows that ball movement usually leads to better shot attempts no matter how great your point guard is. The answer could be in running your offense through your post player who has great passing skills but has only averaged 2 assists per game thus far.

So often, coaches look elsewhere for help rather than seeing how they can maximize the current talent on their roster. A deeper look at the numbers could illuminate issues that you didn’t realize you have but more importantly, could highlight solutions that are easier than pinning all your hopes on a player who is new to your team.