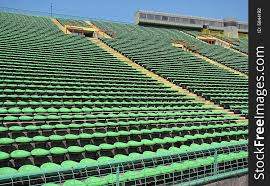 When the NBA bubble starts up at the end of July, team will play 8 seeding games to finalize the playoffs and then the NBA playoffs will take place in full.

There are teams who will be missing players because they opted out of going to Orlando for a variety of reasons but when there, the lack of a crowd could be the biggest factor in deciding this year’s champion.

For one, teams will be playing in arena’s much smaller than what they’re used to in games.  It will likely be very similar to when they play in their own practice facilities.  The opposite effect of when the NCAA Final Four moves to a football stadium and players there must shoot with a more expansive background behind the hoop.  In this case, it may lead to players shooting a higher percentage than normal.

In addition to that, what we often see in the NBA playoffs is role players shirking from the moment on the road due to a raucous crowd either bringing them down or elevating the play of their opponents.  None of that will be present in Orlando so a younger team, like the Dallas Mavericks, are likely not to be too rattled as they play their higher seed in August.  And considering how talented their one-two punch of Luka Doncic and Kristaps Porzingis are, that could be trouble for whoever they end up facing.

Just as the crowd won’t affect role players, it also won’t be there to affect the officials who we’ve seen get caught up in the moment when the crowd is into it and usually making a call favoring the home team.

I also think that because of the lack of a crowd, the early part of games, seeding or playoffs, will be a little less intense because you won’t have 17,000 people wearing the same t-shirt getting both teams fired up.  The players will get more competitive as the game goes on but after the first game or two when players are shaking off rust, I would expect to see some high scoring first quarters and halves with that dropping off late in the game when teams turn up the defensive intensity.  It would be similar to what you might see in practice once one team is down to game point.

Some people have talked about an asterisk being attached to the eventual NBA champion but I think the asterisk would refer to this truly being the best team and not the champion just because of home court advantage or questionable calls of any kind.